Winning a TV talent show can be a poisoned chalice for some people, but since being crowned The Voice Of Ireland in April it’s been one magical moment after another for Pat Byrne whose debut All Or Nothing album was released last November and was one of the top selling Irish releases of Christmas 2012. Now Following a sell out show at Vicar Street in february, Pat Byrne and his band are available for select Irish dates this Summer 2013.

“The experience has been amazing,” enthuses the Carlow singer whose tender years – Pat only turned 23 in October – belie the fact that he’s a seasoned live campaigner. “I’ve been gigging around the country for eight or nine years and decided to enter The Voice… I’m a massive fan of Niall Breslin’s and thought, ‘This is a great chance to work with him!’ The best thing to come out of the competition – apart from winning of course! – was clicking with Niall who’s become like a big brother to me.”

Pat could have hung around basking in his Voice Of Ireland glory, but opted instead for marathon recording sessions in Bressie’s London studio. “There was a whole album to come up with, which I was adamant wouldn’t contain any covers, so we shut the doors and went into song writing lockdown!” Pat laughs. “Bressie invited Danny O’Reilly from The Coronas to join us and before we knew it we had five songs fully demoed.”

Among them were All Or Nothing standouts ‘Dear Romeo’, a Springsteenesque rocker which radio won’t be able to resist; another dangerously addictive stomper, ‘Marathon Man’, and ‘Priceless’, the most tender of ballads that celebrates family and the unconditional love it gives you.

Next stop after Bressie’s was Metrophonic, the hit factory of choice for such A-Listers as Enrique Iglesias, Tina Turner, JLS, The Wanted, Ronan Keating, Olly Murs, Andrea Bocelli and The Corrs.

“Who haven’t they worked with?” Pat laughs. “There’s a gleam as you walk in from all the gold and platinum discs on the wall! I spent each day working with a different one of their songwriters and found it really enjoyable being able to bounce off them.” 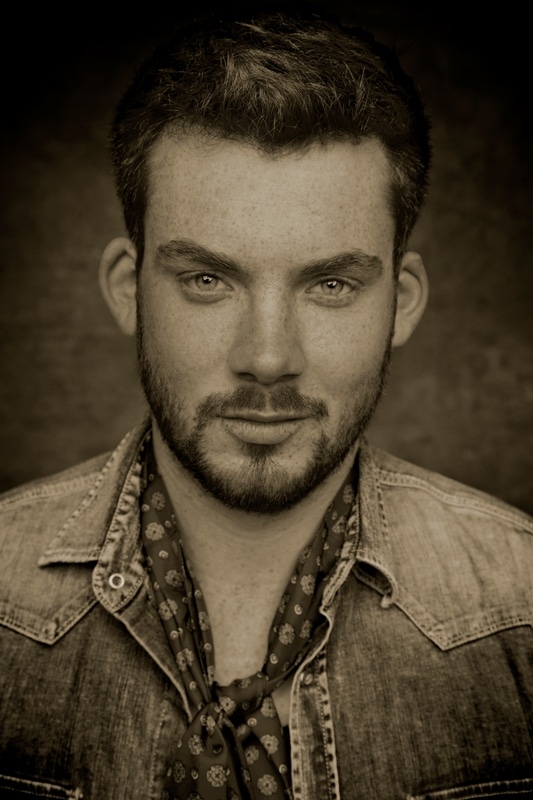 Pat’s problem then was that he had twice as many songs as he needed.

“Honest to god, deciding what to leave off All Or Nothing is one of the hardest decisions I’ve ever had to make,” he proffers. “After much agonising, I came up with the 11 and two possible bonus tracks, which we recorded pretty much live in Phil Collins’ place, Genesis Studios. I was sitting there pinching myself as these brilliant musicians played my songs.”

Persuaded to pick up a guitar by Johnny Cash and Elvis – “I’ll be forever grateful to my parents for having their records in the house” – Pat’s listening nowadays ranges from Paul Simon and Eddie Vedder to Bob Dylan and Bruce Springsteen with a bit of Fleet Foxes and Grizzly Bear thrown in for contemporary good measure.

“I’m one of these people who thinks there’s two types of music – good and bad,” he reflects. “I started off after my confirmation drumming with a metal band, Incisor; then I joined Mr. Lightweight who were more Green Day, and before going out on my own played with my best friend in Moses Moorehouse & The Dinosaur Palace, which is how I got into the alternative side of things.”

That diversity is underlined by ‘All For You’, a song sent to him out of the blue by Turlough Gunawardhana who’s a member of the James Vincent McMorrow band.

“Four weeks after supposedly finishing the album, I got this track from Turlough, and loved it so much that I recorded it in my friend’s shed in Graiguenamanagh, County Kilkenny, which is a bit different to Phil Collins’ studio! We didn’t use any instruments except guitar, and knifes ‘n’ forks hitting off a table for percussion and it’s still managed to end up as one of my favourite tracks on the album!”

Other highlights include the pure pop of ‘End Of The World’; the harmonica-driven, emotional tour de force that is ‘Help Me Make It Through The Night’ and the title-track ‘All Or Nothing’, which ventures into classic Joe Cocker/John Fogarty blues rock territory.

“Every day and on every song, I pushed myself as much as possible,” he ventures. “There was no ‘making do’ or settling for second best.”

As much as Pat enjoyed being in the studio, he can’t wait to take All Or Nothing out on tour.

“I’ve put together an amazing live band that includes some incredible known musicians. We’re going for a big, full sound that’ll force you to jump around!”

For all of the pedigree talent around him, the star of the show, both live and on record, really is Pat’s voice which is seductive whisper one moment and full-bodied rock ‘n’ roll growl the next.

“Growing up my voice was pretty normal,” he smiles, “but then when I was 16 it broke and I was able to hit all these notes I couldn’t get near before,” he smiles. “To go from playing to six people in a pub to where I am now is a dream come true!”

We can give you a phone call and help you choose!